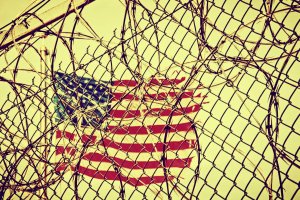 “We hold these truths to be self-evident that all men are created equal and are endowed by their creator with certain inalienable rights such as life, liberty and the pursuit of happiness.”  This is the opening of the preamble to the Declaration of Independence signed on July 4, 1776.  The nation born from the struggle to achieve better treatment for its people by casting off its oppressors commemorates its freedom from July 4th rather than from September 3, 1783 when Great Britain signed the peace treaty ending the revolution and acknowledging the sovereignty of the United States of America.  Freedom was not granted by the oppressors, rather it was taken by force by the oppressed.  Unfortunately, not everyone in the country can celebrate freedom today.  Millions of men and women are incarcerated in jails and prisons all across the country.  When you don’t have the ability to participate in life, liberty, or pursue happiness there really isn’t much to celebrate on a national holiday that you can’t experience.

Christmas is a religious and cultural holiday.  Thanksgiving remembers the difficulties of establishing a home in the “new world.”  Memorial Day acknowledges the sacrifice of our soldiers to defend us.  Labor Day acknowledges the efforts of the people to make the engines of commerce run.  Those in prison can find connection to some or all these holidays, but Independence Day in my experience was different.

Prisoners have had their freedom taken away because they violated societies code of conduct.  Why take away freedom?  Because after life, liberty is the most valuable thing a person can possess.  It is like the punishment we received as children when our parents took away our favorite toy.  We didn’t like that but when that didn’t work, what did they do?  They put us in time out, which escalated to grounding when behavior fails to conform to expectation.

Parents do this because it works, sort of.  When we were little it didn’t take much to pursued us to behave.  But over time the punishment increased in severity as the effectiveness diminished.  The same thing happens with adults.  Harsher punishments for more heinous crimes and 3 strike laws to increase penalties for repeat offenders.  But just like children over time with repeated offense the effectiveness diminishes. 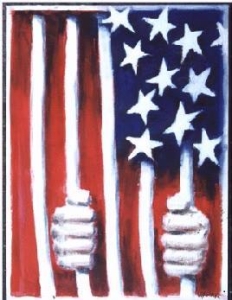 Nonetheless when you are in prison you are not free, but you remember what freedom was like.  You miss it terribly because all around you are reminders of what you have lost and what it takes to deny it from you.  On one hand you watch the officers and staff go home every night, cars driving by on the streets beyond the fences and the TV brings images of what’s passing you by.  On the other hand, you can’t get away from razor wire, monotonous routine, and loneliness day after day.  All of these are enough to drive you crazy and the last thing you want is something like a holiday dedicated to freedom to rub salt in the wound.

Holidays are times when people in the world get together with family and friends, take road trips, and gorge at feasts.  Prison can only offer pale facsimiles that leave little to be desired.  Once upon a time there were picnic holiday meals served on the big yard with burgers and hotdogs cooked on the grill, as the old timers tell it.  But any pretense of holiday celebration is long gone.  Holiday meals are only slightly distinguishable from any other meals.  Like putting fixings on a burger and ice cream on pie.  At my last prison the local community fireworks display was visible over the tree tops for those that had a view from their housing unit windows facing that direction.  While they drew the attention of a few guys, most simply complained about the noise.

Holidays meant that non-custodial staff would have the day off, so things like the library or gym callouts would be cancelled.  This always caused complaints, since these callouts would not be rescheduled for another day.  The visiting room was always crowded on the holidays.  Holidays meant limited hours compared to the normal visiting room hours of operation.  Vending machines run low and there is no one to refill them.  Lots of irregulars working means that chaos rules.  All this takes away from the enjoyment of having contact with family or friends.

The phones are always busy on holidays as guys call home hoping to make contact with family and friends visiting the house that they wouldn’t normally get to speak with.  Providing that you can get through.

After the Independence Day holiday is over there is an almost audible sigh of relief when things go back to “normal” at least until the next holiday in September.  The only independence day that a prisoner wants to celebrate is the day that they are released from incarceration.

This site uses Akismet to reduce spam. Learn how your comment data is processed.

Links to Websites I Recommend

Freedom Dreamers Chapel Freedom Dreamers is a group of people from different denominations who felt the calling to minister to those that society deemed unworthy. Many of the people in this cooperative have spent years doing ministry in prisons.

Mission of Hope Jail and Prison Ministry Message of Hope non-profit volunteer organization is dedicated to meeting the spiritual needs of those incarcerated as well as helping them break the cycle of addiction by sharing a message of hope, comfort and freedom in Jesus Christ. Through our Next Step Christian Recovery program and Bible-based correspondence courses we help them change their thoughts and behaviors – and, ultimately, their hearts – so they will return to the community as productive citizens and disciples of Christ.

Citizens United for Rehabilitation of Errants (CURE) a  grass roots organization that believes that prison should only be used for those who absolutely must be incarcerated.  That those incarcerated should have all the resources they need to turn their lives around.

KERYX  is a lay-led, non-profit, interdenominational, Christian ministry that is active in prisons around the world and right here in Michigan.  They provide a highly structured program that promotes solid Christian life-skills.  I am a proud graduate of their program.

HonerRestored is an organization founded by a guy I knew in prison dedicated to abolishing the Sex Offender Registration Act in Michigan which the US Supreme Court has said violates the constitutional rights of those forced to register.

Reform Alliance The mission of the REFORM Alliance is to dramatically reduce the number of people who are unjustly under the control of the criminal justice system – starting with probation and parole.  I wholeheartedly agree with goal.

The Marshall Project is a nonpartisan, nonprofit news organization that seeks to create and sustain a sense of national urgency about the U.S. criminal justice system. They achieve this through award-winning journalism, partnerships with other news outlets and public forums. In all of their work they strive to educate and enlarge the audience of people who care about the state of criminal justice.

Prison Fellowship was founded in 1976 and exists to serve all those affected by crime and incarceration, and to see lives and communities restored in and out of prison—one transformed life at a time.  While I never had direct contact with any Prison Fellowship staff or programs at any of the prisons I was housed at, I know it is the gold standard for prison ministries and I have great respect for what they are doing both in America and around the world.

Rock of Ages Ministries is dedicated to fulfilling the Great Commission in taking the Gospel to prisons, educational institutions, military prisons, and through their church planting assistance program.  Established on 5 continents preaching the Gospel and conducting discipleship classes on a daily basis.  Their goal is to glorify God by taking the Gospel to the entire world.  ROA is active in Michigan prisons and their preachers were faithful men of God who preached the word of God and I highly respect them.